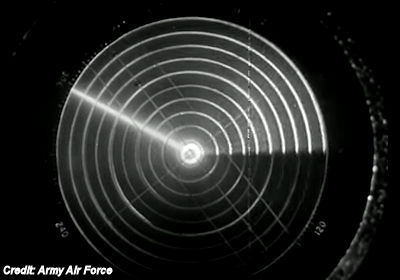 Craigie was USAF director of research and development when he authorized Project Sign, which ended in 1948, not long after Air Force Chief of Staff Gen. Hoyt Vandenberg reportedly rejected analysts’ suggestions that the phenomena had extraterrestrial origins.

In January, 82-year-old Ellenton resident Ben Games told a UFO Group of Manatee audience that for a six-month period in 1947, he was Craigie’s personal pilot. And that in the summer of that year, Craigie had been dispatched by then-Deputy Chief of Air Staff for Research and Development Gen. Curtis LeMay to Roswell, N.M., to investigate what was being reported in the media as the crash of a flying saucer.

Although Games said the tight-lipped Craigie volunteered nothing to him about what he’d learned during his overnight stay in Roswell, and that Craigie met with President Harry Truman immediately afterwards, the military never deceived the public about what happened.

“There was never any conspiracy to cover anything up,” Games told listeners. “But conspiracies sell newspapers, and that’s all anybody talks about.”

Games, who has 22 DD-214 discharge papers to show for his eclectic, 44-year military career, also possesses personal flight logs dating back to 1942.

But records from early July 1947, when he says he ferried Craigie from Bolling Field in Washington, D.C., to New Mexico, are missing. He can’t explain that.

However, Games says he “wouldn’t be surprised” if something weird had crashed near Roswell; after all, he says the 35th Fighter Squadron he was assigned to in occupied Japan routinely tracked UFOs on radar at 60,000 feet during 1945-46.

They pulled 90-degree turns at gut-splashing speeds of 1,000 mph at a time when state-of-the-art American warplanes struggled to reach 40,000 feet. Pilots even scrambled stripped-down P-51s and P-61s to get a visual lock on the bogies — to no avail.

“But there was no secrecy about any of this stuff, nobody ever told me to shut up about it,” Games says. “So I wish people would just get off this conspiracy kick.”