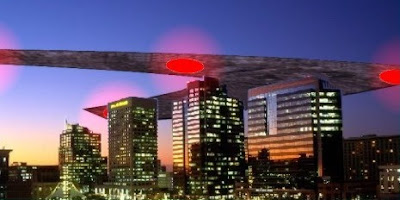 skydivers, charters, dead bodies, radioactive pharmaceuticals anything to log more time to get the airline career that was my destiny. Flying is not what I do, its who I am.

Airline pilots are accustomed to noting the time. Time off the block’s, time off the ground, the time over navigational fixes particularly over the ocean. Then there is the all important estimated time of arrival, the time on the ground and the time on the blocks where we turn off the seat belt sign. And the time the crew bus leaves in relation to those times. Son Logan was making a racket outside in our drive way. When I stepped outside to investigate, the time in Scottsdale Arizona on March 13th, 1997 was 22:20.

Logan’s friends, Ryan and Jenny, were helping with the project that consisted of constructing massive, rustic gates for our acre horse property. He was using a sledge hammer to force timbers onto steel rods. Ryan asked, “What the hell is that?” Ryan had to be the only person on earth who hadn’t known of the Hale Bop comet.

I turned, prepared to deliver a lecture on comet’s, but stopped short. “Uh, we’re in for an air show.” I said. My initial impression was that of a formation of C-130’s displaying some new type of tactical lighting. But you feel a C-130’s powerful Alison engines before you hear it or see it. We felt nothing. It was quiet. Real quiet, and it stayed that way.

The huge mass – at least a mile wide – approached from the North West. I could land on it with my 727. We began to eliminate possibilities. What ever it was seemed to be following the Tonto One arrival, the standard jet arrival routing for instrument traffic into PHX on an approximate heading of 120°. I estimated its altitude to be 10,000 feet.

No C-130’s, it wasn’t a formation of jets – too slow for either of them. Helicopters? Not that either – no “wop-wop,” no sound. None. Cessna’s wired with weird lights? Its happened, but that wasn’t the case on March 13th.

After a few minutes of observation we concluded that this was one object. There was zero movement between its massive forward-facing amber lights. I should have counted the lights, should have run for a camera and called my friend Bob Mohan, a local talk radio guy. The craft had intercepted Scottsdale Road, and made a right turn to approximately 180º following it south. It was headed right for Mo’s house.

WHY didn’t I call Mohan, run for a camera or any of those other questions people always ask? Because I expected it to disappear at any moment. None of us were frightened, excited or otherwise disturbed. But we couldn’t take our eyes off of it. What I saw bears little relation to the video of the “Phoenix Lights.” And yes, there are a couple of fruit loops associated with March 13th. Anyone who can tell you what the little green men wish for us can probably also tell you where God wants you to send your checks. But, that’s just my opinion.

I estimate it passed 90º to our position, roughly at the intersection of Scottsdale road and Shea Boulevard, a couple of miles away, at 22:30. We could no longer see the top of it – the lights we had been watching were blocked out by the structure. As it passed the 90º position, I thought I perceived a rounded, almost gondola shaped – what? – what DO you call a semi-transparent thing on the bottom of a craft whose top might have been 10,000 feet in height? What ever you call it, it was nearly dragging the ground. Keep in mind there was nothing available to compare with – and from our position it was quite dark. I’ve heard it said that it was like looking through water. Yeah. Like a thin curtain of water. Lights on the other side, some city, mostly stars lost some of their brilliance and appeared mildly wavy as the craft passed between us and them. To me, the machine seemed to be an array of amber lights suspended in floating ink surrounded by the dark of night.

When you make a UFO report, you must expect people to think you’re crazy. So here’s where you will think I’m crazy. It had passed approximately two miles west of our location at Pima & Shea when I “received” what I have subsequently been told is an “empathic” transmission:

We watched the craft float silently, majestically down Scottsdale road at about 30 MPH like a float in the Rose Bowl parade. This craft wanted to be seen.

“So why didn’t more people see it?”

Good question. My guess is that due to its silence, and the lack of a beam from the lights – no beam, no corona, you’ve heard all of that – that unless you happened to be looking up anyway, you’d never have known it was there.

When the craft reached Indian School Road, it made a turn to proceed directly over Sky Harbor Airport, making good a course that would take it to the Antenna Farm on South Mountain. That’s where the TV towers and all of those blinking red lights are. . . we lost sight of it there. The kitchen clock read 22:40 hours. 20 minutes of UFO time.

Note: the Goldwater range is on the far side of south mountain. Flares can be seen there from various locations throughout the Valley of the Sun.

I made no effort to report the sighting until I read Phoenix City Council member Francis Barwood’s plea in the Arizona Republic. She wanted to know what this was. The cost was her career in politics. You see they don’t want you to know what we saw on March 13th. They went to a great deal of trouble with disinformation, character assignation and just plain old lies to try to. . . keep us from thinking?

The government would have you believe that military pyrotechnic flares were ejected over a major metropolitan area by a visiting Canadian military unit. That’s a violation of one of the most basic Federal Air Regulations. Yet not one word about that or which tree they would hang those pilots from had that happened. It is an absurd suggestion. And there was no physical evidence. No fires, no spent munitions, no parachutes, no nothing but hot, Federal air.

Does anyone believe that a flare might maintain speed and altitude while tracking a precision course, making turns and covering vast distances? I don’t think anyone is that stupid, yet they continue to stick to their story and insist you believe it. And they have allies within the “UFO Community.” Why?

Remember at about that time they put out a story that Capt. Craig Button broke formation in an armed A-10 at the Goldwater firing range. They allowed this airplane to fly over a major metropolitan area and many smaller towns, buzz a few people and not one single airplane was dispatched to see what was going on?

They tell you that Capt. Button intentionally flew his A-10 into the side of Eagle Mountain in Colorado. They tell you that They identified his remains with DNA samples the day following the discovery of the crash site. How long did it take to get a DNA identification in those days? Seems to me that it was about two weeks. Is there a connection between March 13th and this as well as several other incidents? They seem to have the same press agent.

Bottom line, what was it? I don’t know. If it landed on the White House lawn this morning and E.T. stepped out, I would not be surprised. Jim Delotoso speaks eloquently about Occum’s Razor – the simplest answer to a question is usually the right one. He’s right.

The SR-71 flew in 1958 before They had any real money to play with… When did the Stealth Bomber fly? Remember, They shot JFK in front of God and everyone and got away with it. Fried some folks at Waco, but deny it to this day. Do you believe that TWA 800 was brought down by a faulty boost pump? Do you really believe the “9-11” story?

Is it possible that They, the flight crew of the March 13th UFO are in the service of them? Your tax dollars at work? That would be my guess. But then I have to ask myself why They would parade their new toy down Scottsdale Road, and then deny it?