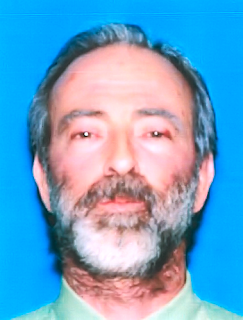 In Hardy’s defense, the FBI may very well have no files on Jeffrey Alan Lash. Hardy clarified that if I had additional information “pertaining to the subject that you believe was of investigative interest to the Bureau, please provide us the details and we will conduct an additional search.” That’s apparently above and beyond Lash’s name and a summary of key aspects of the case as initially provided.

I therefore offered in response an article published by The Guardian reporting the deceased Lash had claimed to believe he “was a secret government operative under constant surveillance by the CIA, the FBI or both.” I also provided a Washington Times article indicating Lash identified himself to neighbors as “Bob Smith” and “claimed to have worked for either the FBI or CIA.” Both articles were published July 23, 2015. Many similar sources could easily be cited.

That being the case, I reiterated my request for files available for release on any investigations the Bureau may have conducted on Jeffrey Alan Lash. I also requested records reflecting any interest in or relationships with Lash. We’ll see what happens next.

The CIA was more rigid while sending me nothing. A January letter from Information and Privacy Coordinator Michael Lavergne explained, “Although you have provided some of the identifying information required before we can effectively search our files on an individual, we still need additional data before we can begin processing your request.” Lavergne further stated the Agency requires some evidence of Lash’s death. Also required is Lash’s date and place of birth, as well as date and place of death, which, by the way, some of actually was provided in the initial request.

“Without this data,” Lavergne wrote, “we may be unable to distinguish between individuals with the same or similar names.”

My bad. There’s probably a truckload of files on Jeffrey Alan Lashes who claimed they were ET-human hybrids on the CIA payroll before they died and were left by women to decompose in cars in Pacific Palisades. I’ll try to be more specific in my follow-up.