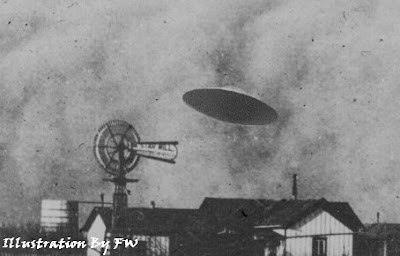 The story is Aurora’s biggest. The Dallas Morning News wrote about it in 1987. In the report, they wrote about a “terrific explosion” that occurred when a flying saucer collided with a windmill, and that the”badly disfigured” and deceased pilot “was not an inhabitant of this world.”

There’s an historic marker bearing that same story at the old Aurora Cemetery. Amid the gravestones of Aurora’s founding fathers and mothers, we were able to have a conversation with the city administrator while she sat on a large rock.