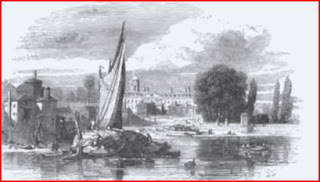 I have a few other blogs besides this one, as most of you
know, and I have several Facebook pages, although I hate Facebook with a
passion.

One of my blogs deals with the financial cable network,
CNBC, an affiliate of NBC.

And other blogs and Facebook pages are attuned to news
media, locally (Fort Wayne, Indiana and Detroit, Michigan).

And while reading the current New Yorker [March 6,
2017], I realized that my interests and those of most everyone else on this
planet are tied to things more existentially relevant than the UFO phenomenon.

UFOs are a kind of addictive silliness for most of you who
show up here.

The phenomenon is hardly relevant to your everyday needs and
happiness (or downsides).

But you (and I) persist in giving more attention to UFOs
than the phenomenon deserves or should have.

UFOs mean nothing in the great scheme of things, even if
they turn out to contain beings from other worlds in the Universe.

Everyday pressures and subsistence needs are a priority,
well not for a few UFO nuts but for most of us who claim to be enthusiasts.

I have no real friends who take to UFO talk or rumination.
They will converse excitedly about the current political goings-on (the Trump
thing) or the financial fallout of Herbalife and Apple (or, now, Snapchat).

I don’t bring up UFOs in social settings, ever.

And those in my son Josh’s academic gang, The Einstein
Fellowship (in Ann Arbor), talk about neurology, psychology, and the
machinations of science(s).

I’ve broached the UFO topic with his group, a few times, but
the conversations have always devolved into the mental quirkiness of the
ufology thing, its bizarre, peripheral existence in society.

While there is a pocket, modicum of enthusiasm among those
who drop by this blog, that enthusiasm doesn’t exist in the real world, the
active elements of society.

UFOs are as meaningless as fluoride in your drinking water,
there but not noticed by drinkers.

So, while I persist in flogging UFOs, I recognize that my
effort, as meaningless as it is, is a personal indulgence that exists alone in
a virtual vacuum of ongoing, meaningful activity.

So, there it is: the awareness of the triviality that is
ufology, and the reason that it is on its last legs as a formidable topic even
among UFO buffs.

N.B. Image use (above) from https://en.wikisource.org/wiki/The_Forlorn_Hope_(Hall)