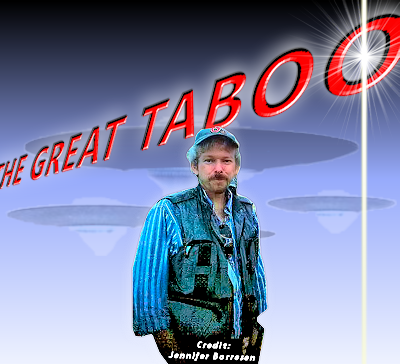 is I didn’t do a screen grab, because when I revisited the same posts the next day, all reader comments – Cyrillic, English, whatever – had been removed. A clean wipe.

Anyway, I’m reposting a version of that mysteriously spiked September blog because I’m still a little pissed. So don’t be erasing my history, whoever you are, or I’ll rewrite it with even less accuracy.

Due to professional circumstances beyond my control, I have been reassigned to a new job here at the Herald-Tribune, a beat which involves a steep learning curve and my undivided attention. As you know, newspapers are undergoing a radical downsizing transition, and no one is immune to these pressures. So at least for now, and for the foreseeable future, I will step away from De Void, which I started writing in April 2007.

By serving up a combination of reporting, analysis, industry criticism and a few other quirks in between, I had hoped I might be able to make a difference in the way my colleagues in traditional media cover UFOs. And in fact, the last nine years have provided some remarkable opportunities for the MSM to rethink its strategy in the way it approaches The Great Taboo. But that was the flaw – assuming there might actually be a strategy in play. Beyond resorting to requisite clichés (e.g., “This next story is out of this world” and “Is the truth really out there?”), chasing balloons (“Mystery shiny objects floating over Manhattan, spark UFO frenzy” – NY Daily News), and hyping common lens flares for ratings (“UFO or Lens Flare in Google Street View? You Decide” – ABC’s “Good Morning America”), big media falls apart when approaching the gorilla in the room. Even CNN’s Anderson Cooper, maybe the most qualified interviewer on corporate television – even his brains roll around in suntan oil and head for the beach whenever he gets near UFOs. And that’s what’s making the blown opportunity of 2016 so dispiriting.

Contrast where we are today with the 2007 Democratic primary debates. That’s when NBC’s Tim Russert asked longshot pacifist Dennis Kucinich to confirm a report that he was eyewitness to a UFO event. Russert, of course, had no interest in the material, and simply wanted to muscle the fading Ohio congressman off the stage and back to the fringe where he belonged. Remember that? Looking like he didn’t know whether to wet his pants or vomit, Kucinich fell back into the shopworn stance of trying to joke it off. And it didn’t help him a lick. Now fast-forward to 2016 and a scenario that would’ve been unthinkable nine years ago – a presidential frontrunner has not only publicly and repeatedly discussed her curiosity about UFOs, she has even advocated releasing related government documents.

Put aside, as if that’s possible, your emotions, pro or con, about Hillary Clinton. Because this is not about her. Nor is it about veteran Beltway operator John Podesta, whose gamble to encourage the former First Lady to speak rationally and fearlessly about The Great Taboo has provoked negligible media blowback. Think about that for a moment. Whenever a public figure in this country utters something stupid or outrageous, the peanut-gallery microphones are always there to rain torrents of snark and reality-based facts and figures on the offender (not that facts make much difference in this day and age). And yet, although the echo chamber has dutifully regurgitated the quotes Clinton has made on three separate occasions about reassessing UFOs, no significant major news platform has bothered to follow up or ask what the hell she means by that. No debate moderator has raised the subject. Not even Clinton’s myriad foes have chosen to weaponize or even make an issue of her remarks concerning undoubtedly the most unconventional topic ever raised on a campaign trail. They’d rather talk about pneumonia.

Folks, this is flat-out freaky. And it begs the question of just how far watchdog journalism has strayed from the public interest. Even badly worded polls show nearly half of Americans believe UFOs are all about ET activity in our own atmosphere. Into this vacuum of empty space comes Hollywood, advertisers, cable television, tabloids, etc., all of whom are far more astute about engaging sustainable numbers than the press. The entertainment industry has also enabled conspiracy paranoia, stoked delusional hopes and unreasonable fears, and made loads of cash off a growth market that shows no signs of dissipating. And for reasons likely best summarized in a groundbreaking 2008 essay appearing in the journal Political Theory, America’s most influential institutions have proven incapable of leading us out of the woods. They remain stubbornly, willfully, perhaps even aggressively, uninformed.

For more than nine years, De Void attempted to bridge that gap, at least on the journalism frontier. With the discoveries of extrasolar Earth-like planets becoming so common they rarely make headlines anymore, with millions of research dollars being dumped into radioscope dishes trolling for alien signals, and given innovations in portable technology designed to track anomalies in our skies, there would appear to be no better moment for the media to snatch the permission slips extended by Clinton/Podesta this year and start asking truly skeptical questions. But that hasn’t happened. Maybe it can’t. Denial and avoidance are the results of faltering attention spans, national and global. We don’t read anymore. We want shortcuts. We think in bumper stickers. Glossy campaign pamphlets are called literature. We want our Cliff Notes rationed in 30-second video bites. We want our favorite colors back, black and white.

Despite the gloom, however, De Void has actually been a lot of gun. It’s forced me to become more discerning and (hopefully) a more careful thinker. It’s given me a deeper appreciation for those who’ve chosen the thankless tasks of attempting to rescue history buried in forgotten archives, for those who pressure bureaucracies for radar records, and the researchers giving voice to veterans whose stories have been disregarded, mocked or repressed for half a century or more.

Most of all, in this era of anonymity and internet cowardice, I have appreciated the civil, thoughtful and provocative tones that often characterize these comment threads. We don’t always agree – in fact, we may rarely agree – but I appreciate the level of sophistication you guys have been bringing to the table. And who knows, we may, in fact, have future discussions here on De Void. If, for instance, Stephen Hawking’s projected ET conquistadors do something as callous and disrespectful as zapping the Kremlin or the newly refurbished Capitol Dome, I’ll probably make time to weigh in as soon as I get through cheering.

And I’ll remain keenly interested in whatever comes next.