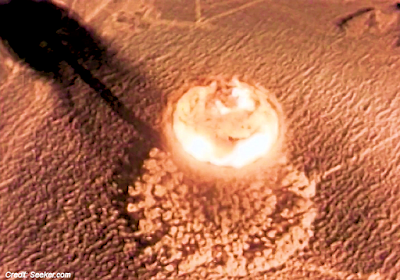 The United States conducted over 200 atmospheric weapons tests for two key reasons: grandstanding and fine tuning. They wanted to prove their military might, and make better, more powerful nuclear weapons. So, they tested out new designs in the air, on the ground, and at sea. All of these massive fireballs were captured by strategically placed cameras around a test site, and then analyzed by scientists. The big number they were all after? The yield, or the amount of energy released. These films hold the best scientific data we have of our nuclear potential. That is, until a weapons physicist decades later found out the data from these films might be off a bit.