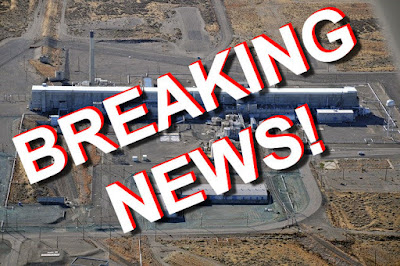 in an area approximately 20 feet by 20 feet over one of the tunnels next to the Plutonium Uranium Extraction Facility, also known as PUREX. There is no indication of a release of contamination at this point. Responders are getting closer to the area where the soil has subsided for further visual inspection. The subsidence of soil was discovered during a routine surveillance of the area by workers. The tunnels are hundreds of feet long, with approximately eight feet of soil covering them. The depth of the subsidence of soil appears to be into the tunnel.