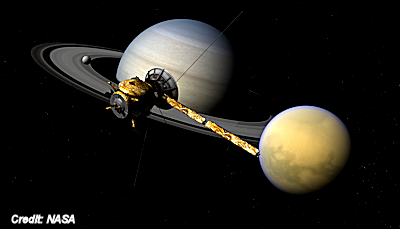 Instead of just sending humans on a one-shot mission to look for life on the surface, a new paper envisions a future outpost on Titan that could generate power for years.

instead establish a colony on Titan, a soupy orange moon of Saturn that has been likened to an early Earth, and which may harbor signs of “life not as we know it.”