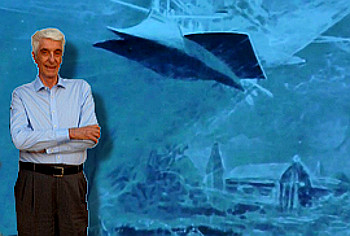 As a computer scientist, Vallee started to notice common patterns in not only UFOs but also religious visitations, sightings of cryptids, and psychic phenomenon going back throughout history. He believes that every one of these events, once one accounts for events caused by natural phenomenon, is the result of a nonhuman consciousness, likely from another dimension, attempting to manipulate the consciousness of human beings to effect social change.