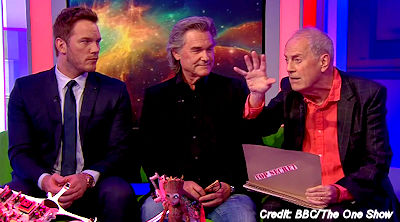 pilot’s report of seeing UFOs while on approach at an Arizona airport; Russell interjects and admits that he was indeed that pilot and the event occurred the night of what is now known as The Phoenix Lights.

Interesting to note that in eyewitness, Mike Fortson’s original report, he saw what he described as a huge v-shaped craft very near the Sky Harbor Air Port and believed he was about to see a plane crash and or collision. As in Kurt Russell’s experience the craft and or object did not show up on radar.–FW