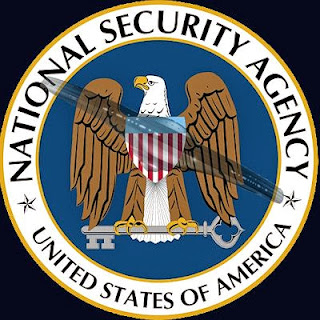 J. Klass, described a batch of docs released by the NSA due to various efforts, including a lawsuit launched by Citizens Against UFO Secrecy (CAUS). I point out the work of Klass because not only did he discuss the docs we’re going to explore, but primarily because he speculated about the possible author of some of the NSA material. Klass suspected Tom Deuley, a long time MUFON director and former NSA employee, was “almost certainly” involved in compiling a portion of the information held by the NSA. I bring this up not to be overly conspiratorial, but because I find the chain of events interesting, and I suspect some of you will agree. To try to be clear, please allow me to emphasize it is not news that Deuley was employed by the NSA or that he discussed the UFO community with his employer, but it warrants mention in relation to the following material.

A declassified doc available on the NSA site is a draft titled, UFO’s and the Intelligence Community Blind Spot to Surprise or Deceptive Data. Its author is not disclosed, as is standard policy, and it is undated. However, we know it was obviously composed prior to the info release as described by Klass because he discussed it in the 1997 newsletter, and it is referenced in another NSA doc from the same era. More on that shortly, but let’s consider the draft a bit.

“The implications of the UFO phenomena go far beyond the particular phenomena itself,” the 7-page doc begins. It goes on to explain that “surprise attack is such a basic ingredient of military success” because “it is able to rely on a most dependable human blind spot: The inability of most men to objectively process and evaluate highly unusual data and to react to the data in a meaningful way.”

The author then cites celebrated ufologist Dr. Jacques Vallee while establishing the human response to observations of unusual phenomena “is predictable and graphically depictable.” The assault of a person’s psychological structure is considered, with the emotional impact of the strangeness of a UFO sighting compared to witnessing a brutal murder, and identified as “the same.” 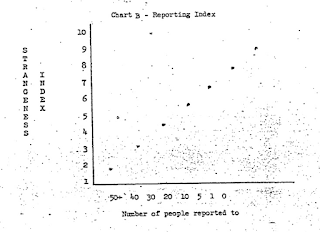 Conditions attributed to trauma are reviewed, including amnesia, and a chart with a “strangeness index” (see right) estimates the likelihood a person will discuss experiences with others in proportion to the perceived extent of peculiarity. It suggests the stranger the incident, the less people the witness will tell, which could also easily be interpreted as the more traumatized and mentally paralyzed they stand to become.

The first of two redacted sections is apparently an example of how human response to perceived unusual phenomena can be detrimental, particularly from a military perspective, as the author concludes, “It is apparent that we cannot allow such a human flaw to leave us blinded to unusual or surprising material. The example indicates that some people are less affected by strange phenomena than others, though still frightened by it, they remain capable of reporting it with a fair degree of objectivity.”

It might be interesting to know more about the details of that redacted example. The second redacted section is the author’s recommendations to solve the challenge.

Seeking more information about the two redacted sections brings us to another document you’ve probably heard about or seen around. It’s an affidavit of NSA man Eugene F. Yeates in the case of Citizens Against Unidentified Flying Objects Secrecy v. National Security Agency – and there are two affidavits, one public, the other originally classified but later released. Nothing’s ever simple in UFO Land.

Fork in the Road

Steven Aftergood, the director of the Project on Government Secrecy at the Federation of American Scientists, once said about UFOs, “Well, it turns out that the government does have something to hide, but it has nothing to do with extraterrestrials.” He may very well be right, and he’s certainly correct in at least most cases, yet many of us, Mr. Aftergood included, might find the circumstances quite interesting. 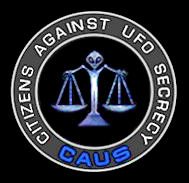 CAUS sued the NSA in the early 1980’s to release its UFO files. This resulted in a chain of events which included the affidavit of Eugene F. Yeates. The long and short of his statements suggest the reasons the NSA desired to selectively withhold information had nothing to do with the UFO community’s popular suspicions and collective definition of UFOs. The concerns, Yeates stated, were about national security involving matters of communications intelligence (COMINT) and signals intelligence (SIGINT).

Did you notice that fork in the road? Some people always chase aliens, and if there aren’t any around, they’re not interested. Others always debunk aliens, and if they’re convinced they’ve established there aren’t any around, they’re not interested anymore either. If, however, you’re interested in how the intelligence and UFO communities bump into each other in dark alleys, then thanks for sticking with me and we’re well on our way.

The formerly classified affidavit contains statements from Yeates on the “Blind Spot” document explored above, including comments on the two sections remaining redacted. Yeates explained:

This document was discussed in paragraph 20b of my public affidavit. It is entitled UFO’s and the Intelligence Community Blind Spot to Surprise or Deceptive Data. In this document, the author discusses what he considers to be a serious shortcoming in the Agency’s COMINT interception and reporting procedures — the inability to respond correctly to surprising information or deliberately deceptive data. He uses the UFO phenomena to illustrate his belief that the inability of the U.S. intelligence community to process this type of unusual data adversely affects U.S. intelligence gathering capabilities. Deletions in this document were made as follows:
(2) Paragraph three of this document uses a signals intelligence operation against [redacted] to illustrate the author’s point. This paragraph contains information about SIGINT activities that is currently and properly classified… The material in this paragraph also concerns the organization and operational activities and functions of NSA directed against [redacted]…

(3) Paragraph four of the memorandum states the conclusions and recommendations of the author. While it talks of the ability of the Agency employees to deal with unusual phenomena it is not responsive to the plaintiff’s request regarding UFO or UFO phenomena. In any event, as I stated in my public affidavit (paragraph 20b), the subject matter of that paragraph is exempt from disclosure because it contains the employee’s specific recommendations for addressing the problem of responding to surprise material… One specific recommendation suggests an operational approach to solving the problem which reveals NSA activities and is, therefore, exempt from disclosure..

That sounds pretty interesting and potentially relevant to me. I’d like to know more.

The formerly classified Yeates affidavit went on to address a document withheld, once again on the grounds it had nothing to do with actual UFO phenomena, but was instead an “account by a person assigned to NSA of his attendance at a UFO symposium”:

In processing the plaintiff’s FOIA request, a total of two hundred and thirty-nine documents were located in NSA files. Seventy-nine of these documents originated with other government agencies and have been referred by NSA to those agencies for their direct response to the plaintiff. One document, which I addressed in paragraph 20c of my public affidavit, was erroneously treated as part of the subject matter of plaintiff’s FOIA request. It is an account by a person assigned to NSA of his attendance at a UFO symposium and it cannot fairly be said to be a record of the kind sought by the plaintiff.

The same circumstances described by Yeates, yet this time as he stated in the public affidavit:

The third non-COMINT document is a memorandum for the record by an NSA assignee that was originally withheld in its entirety… In my review today I have ascertained, however, that this memorandum is neither in whole nor in part responsive to the plaintiff’s request. It does not deal with UFOs or the UFO phenomena. Rather, it is a document voluntarily prepared by the assignee to report an incident that occurred during his attendance at a UFO symposium. It is the assignee’s personal account of his activities and does not include reference to any UFO sighting or phenomena.

It is apparently the statements about the UFO symposium that led Philip Klass to be most confident Yeates was referring to Tom Deuley, at least in that particular instance. As Klass explained in his 1997 newsletter, Deuley spoke publicly of discussing his attendance at a UFO conference with his employer, the NSA. Regardless, I identify a number of things of potential interest about the documents. I therefore filed a couple of FOIA requests.

In the first, I requested that the declassified draft, UFO’s and the Intelligence Community Blind Spot to Surprise or Deceptive Data, once again be reviewed with consideration given to releasing the two currently redacted paragraphs. If possible, it might be interesting to know more about the operations, examples and recommendations contained therein and offered by the author.

The second FOIA request was to review the feasibility of now releasing the previously withheld report on the UFO symposium. It could be interesting to read, whether or not composed by Deuley, and it is of potential historic value. I’ve got a few more requests pending to other agencies on different cases and will be sure and pass along any relevant info as it develops.

Last but not least, I do not consider myself experienced at wading through declassified docs, identifying the latest declassified version (sometimes a doc will be declassified and “more” declassified repeatedly over time) and similar relevant tricks to know of the FOIA trade. If you’re aware of docs and material relevant to the above cases or other topics I write about, a heads up is always welcome.