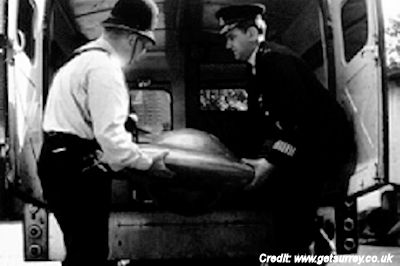 Defence ) Royal Aircraft Establishment (RAE) in Farnborough were behind the audacious prank.

The ringleaders, aged just 21 at the time, came up with the idea to raise money for charity as part of the college’s Rag Week.

They also wanted to see how the authorities would react if there was an alien invasion, and to find out just how prepared Britain was.