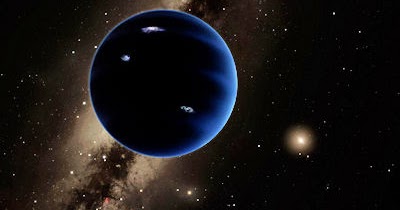 New dynamical simulations suggest that the mysterious unseen world might be an interstellar rogue that was captured by our solar system.

from the sun, has some observational evidence that supports its existence. But as it is so far away and therefore so dim, it’s not very easy to actually directly observe it.

Calculated to scoot as far away as 1,000 AU from the sun (when 1 AU, or astronomical unit, is the average distance at which the Earth orbits the sun), there’s a huge question mark hanging over how it even formed – it had to have evolved far closer to the sun and then some gravitational process migrated it away. This extreme orbit has led to other ideas that Planet Nine might have been pilfered by our sun when it passed close to another star system in the past.

But there’s an alternative hypotheses that suggests Planet Nine is actually an alien intruder; a captured “rogue” or orphaned planet that was adopted by the solar system.