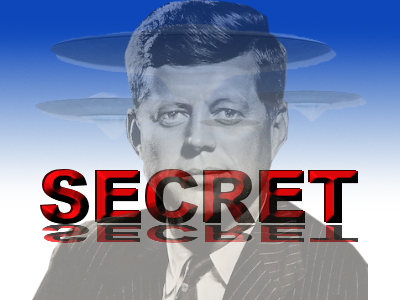 A “FORMER pilot” for John F Kennedy has been filmed saying the
assassinated president had seen government evidence of aliens and UFOs.

The man, who is not named in the clip … says the president asked him what he thought, so he threw the question back at JFK.

He said: “JFK responded, ‘well I asked you first’.”

The man then said he did not think humans could be alone in the universe.

He claimed JFK replied: “You’re right young man, there is considerable knowledge as far as the being of UFOs and the ET phenomenon that we are aware of today.”

Unacknowledged claims to expose years of coverups within the US government over the alleged truth of alien visitations of Earth being kept hidden from the public.