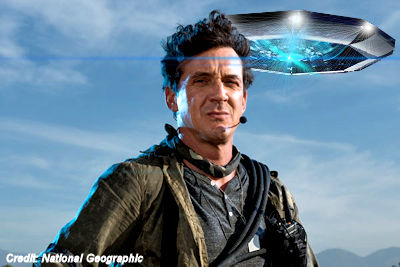 AN AMERICAN UFO hunter is investigating a possible sighting
in Australia. And offering $100,000 for credible evidence

who can give him credible evidence of extraterrestrial activity on Earth — including from a claimed sighting in suburban Melbourne he is investigating.
In particular he is appealing to government officials who might have documentary or photographic evidence but be fearful of going public because of either the stigma or official repercussions.

“We’re trying to get government officials to come forward and not say ‘Hey, ET has landed’ but there have been events (witnessed) by extremely credible observers of relatively incredible things and we have yet to explain or be able to explain these and to sort of acknowledge some of these incredible events in an official capacity,” he tells news.com.au.