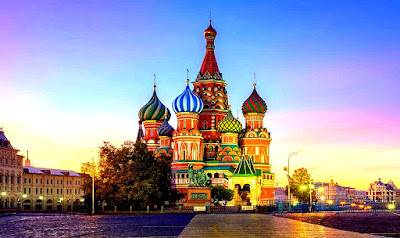 Over the last several years, as the country of Russia has become more open, there have been an increasing number of reports of strange encounters that researchers in the west have gained access to. Combined with a growing number of Russian investigators digging into weird accounts in their country, it’s opened the doors to many fascinating reports.

Researcher Albert S. Rosales recently sent me this weird tale about an incident that occurred near Moscow on a September afternoon in 2000:

Friends had persuaded the witness to rent a villa outside of Moscow for a couple of days of rest and relaxation. Being an avid mushroom hunter, one morning, she ventured into the deep woods alone to search for fungi.

Being unfamiliar with the area, she wandered deep into a forested thicket and, before realizing what time it was, darkness had set in. Lost, and hoping her friends would come and find her, she sat on a tree stump.
Suddenly, from behind the bushes appeared a strange figure wearing some type of military uniform and cloaked cape. Strangely, she was not afraid but felt happy as the stranger pointed out the correct way to the village. But before she could say a word of gratitude, the stranger suddenly removed his hood.

Stunned, the woman recognized the stranger as a boyfriend from long ago, one she had passionately loved who had disappeared in the mountains of Afghanistan in the early 1980’s. She was not really afraid, rather, startled.
She felt joy and acute pain at the same time. She then attempted to say something or ask him a question, but suddenly, she had throat spasms and it became difficult to breathe. It felt as if her heart would jump out of her chest.
She saw the now familiar figure stretch out his arms towards her and say something which she was not able to understand. The twilight suddenly parted and out her long lost friend’s eyes, a beam of unusual purple light shone forth. The woman suddenly felt surprisingly good and even felt a strong, sexual arousal then suddenly, she felt “disconnected.”

Apparently, she blacked out and when she suddenly regained consciousness, the woman was surprised to find that she was no longer sitting on the tree stump. She was now walking through the woods and saw the lights of the village ahead of her where her friends were eagerly waiting.