Boy, have I had some weird phone conversations in the past few days…

Yesterday I got a call from a woman who described herself as a “nobody” who had either read my book or read about my book, and wanted me to do something for her. Her story was really confusing and I’m not sure that I got it right, but I think it had something to do with someone she knew — perhaps her brother? — who had known or maybe worked with Dr. J. Allen Hynek at some point. This person/brother had gotten the name of another person from Dr. Hynek, and this woman was wondering if I could go through Dr. Hynek’s files and find out the identity of that second person. Because, why wouldn’t I want to embark on a wild goose chase for a complete stranger? 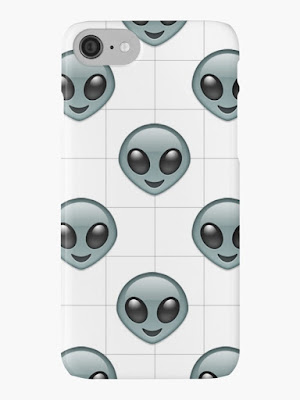 Usually I don’t answer calls from unknown numbers, and I’m not sure why I answered this call, but I’m sorry I did. I told the woman that I couldn’t help her, then asked how she got my cell #. The line went dead and I hung up. Later she called again and left an equally confusing voice mail message in which she mentioned that there was another serious matter she would like to take up with me. She also said that if she doesn’t hear back from me she’ll understand. Which is good, because she’s not going to hear back from me.

I also had a weird phone conversation with someone in Hollywood. It started out with a Facebook message:

Hello Mark- My name is Sxx and I’m helping develop a series about Project Blue Book for the History Channel… We’re early in the research phase, and I’d love to speak with you to get some context about Dr. Hynek and Project Blue Book. Do you have any time to talk today or tomorrow? Get back to me whenever convenient. Looking forward to chatting– Sxx

Pretty cool, right? I called Sxx back and we talked for a while. My agent’s advice is, “Give him an hors d’oeuvre then send him to me,” so I was ready for the guy. Turned out his idea of getting some context about Dr. Hynek and Project Blue Book was pumping me for free information. Here’s how the conversation went:

Him: Can you describe Dr. Hynek’s relationship with the Air Force?
Me: Hors d’oeuvre.
Him: What was the exact moment at which Dr. Hynek changed his mind about UFOs?
Me: Much smaller hors d’oeuvre.
Him: Were there any specific UFO cases that led to Dr. Hynek changing his mind about UFOs?
Me: Yes.
Him: Can you tell me which ones?
Me: Before I can go into that level of detail I’ll need you to talk to my agent. Can I have her get in touch with you?
Him: Flustered silence.

Will there be more weird phone calls? I’m pretty sure the answer is Yes!