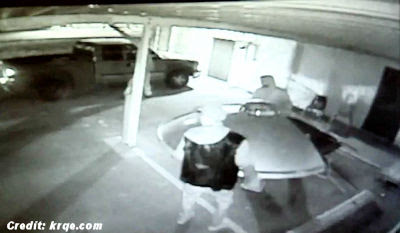 You may be surprised at what kind of punishment he got for that dumb move. If you were thinking that teen probably got a slap on the wrist, guess again. KRQE News 13 has learned the judge sentenced him to up to a year in a juvenile facility.

Surveillance video caught him and two friends stealing the UFO back in March. It was sitting behind the museum after it was damaged during a blizzard when 17-year-old Newman Seely and two others swiped it and took off.