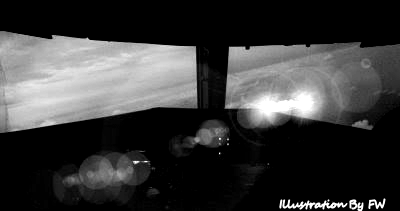 A former commander in the Yugoslavian Air Force and Air Defence has spoken candidly about an alleged encounter with a space ship, the likes of which he had never seen before.

General Jurjevic said he first spotted the UFO in a routine flight in January of that year.

He described the object as having the ability to constantly change colours and was deliberately trying to be noticed.

The commander said: “The object looked like a glowing orb, very well visible, maybe 10 times lighter than the brightest star at that moment.