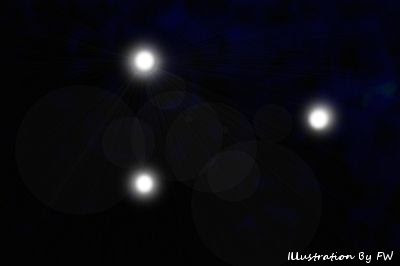 time and as evening grew closer, they flew toward each other quickly until they vanished.

A witness to the event remarked: “Three unidentified flying vehicles remained static most of the afternoon until dusk, then flew quickly toward each other until they vanished,” according to Lucas Martinez.

UFO sightings over Colombia are on the rise with many more cases reporting everything from small lights to possible structured craft flying over towns, municipalities and even some of the nation’s cities.

Photos show white objects, clearly distant from the witnesses. A drawing depicts the manner in which the craft were described by witnesses.