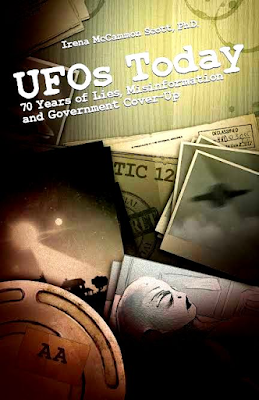 information that the government had been investigating the phenomena prior to the Kenneth Arnold event in 1947. The work is new and different because it focuses upon the importance of government research into this subject, whereupon most such research has centered on the investigation of witnesses and of the sites of UFO sightings.

What makes it truly unique and valuable is that several of my co-investigators and I have not only probed the organizations where the research on UFOs has been conducted, we have also worked in many of the most crucial institutions involved in the UFO field. Thus, unlike the few others that have done this kind of research, we have had an inside tract to understanding the organizations, the researchers, and the results of the studies. Examination of government knowledge of the UFO phenomena is vital because it provides important evidence about whether the subject is taken seriously by government authorities, and can potentially provide technical information about the phenomena.

The book also includes never-before-published first-hand interviews and correspondence with many of the most important and the initial investigators of the phenomena. This is significant because many of these people have died and those who are living are getting old. Thus, this research provides an historical record of the reasoning and opinions of those making an initial impact in this field.

It also covers the complexity of the phenomena, which has contributed to the difficulty and controversy in conducting this field of research.

This book also features the testimony of a former US Deputy Sheriff who was an alleged witness to the UFO crash at Roswell in 1947. This gentleman’s unique testimony will be published here for the first time.

is like no other book on the UFO subject as it comes from an academic who worked behind the scenes at a number of locations and witnessed the official cover-up for herself. 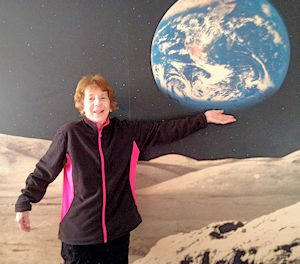 Her publications include books, and works in scientific journals, magazines, newspapers, and she was a correspondent for Popular Mechanics magazine. She served on the MUFON Board of Directors (1993 to 2000), is a MUFON consultant in physiology and astronomy and a field investigator. She co-edited eight symposium proceedings, has been a State Section Director for Ohio MUFON, was a founding member of the Mid-Ohio Research Associates (MORA) and its journal editor, and has published UFO material in books and journals (including scientific journals).

UFOs TODAY, 70 Years of Lies, Disinformation, and Government Cover-Up will be published on June 1st 2017 by FLYING DISK PRESS.