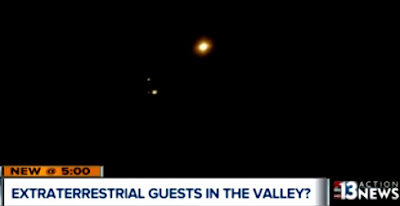 Gwendolyn Mathews says it started Sunday around 7:30 p.m. She saw the same light not moving as she filmed it on Facebook Live for more than an hour.

She says when she zoomed in with her binoculars, it appears to have legs coming out of it, similar to an octopus.